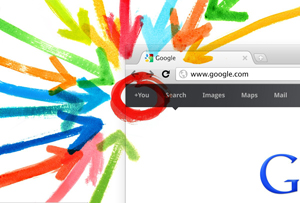 When did you check your Google account the last time? Probably you won’t remember. But your colleague would have logged in at Google plus at the present moment to take a view of the other websites.

Yes, despite of tasting the social networking success a little later, Google has proved itself on the social networking battle ground where Facebook, Twitter and LinkedIn had already set their feet powerfully. A new study revealed by Janrain shows that, people who use social networks to refer other websites, almost half of them (46 percent) prefer Facebook. But, To your surprise Google+ stands at second position, with 34 percent of logins

After facebook, Google has grabbed the second position effectively whereas; yahoo, twitter and other social sites are nowhere near to Google.

With its launch of limited users in 2011, in the two years, it has been successful in beating the social sites including the Chinese web portals which already have a million users. Stated by global web index, facebook, possess a large network of about 700 million users who are active on their accounts, Google is no far from giving a hard competition with more than 500 million registered users and 343 million active users.