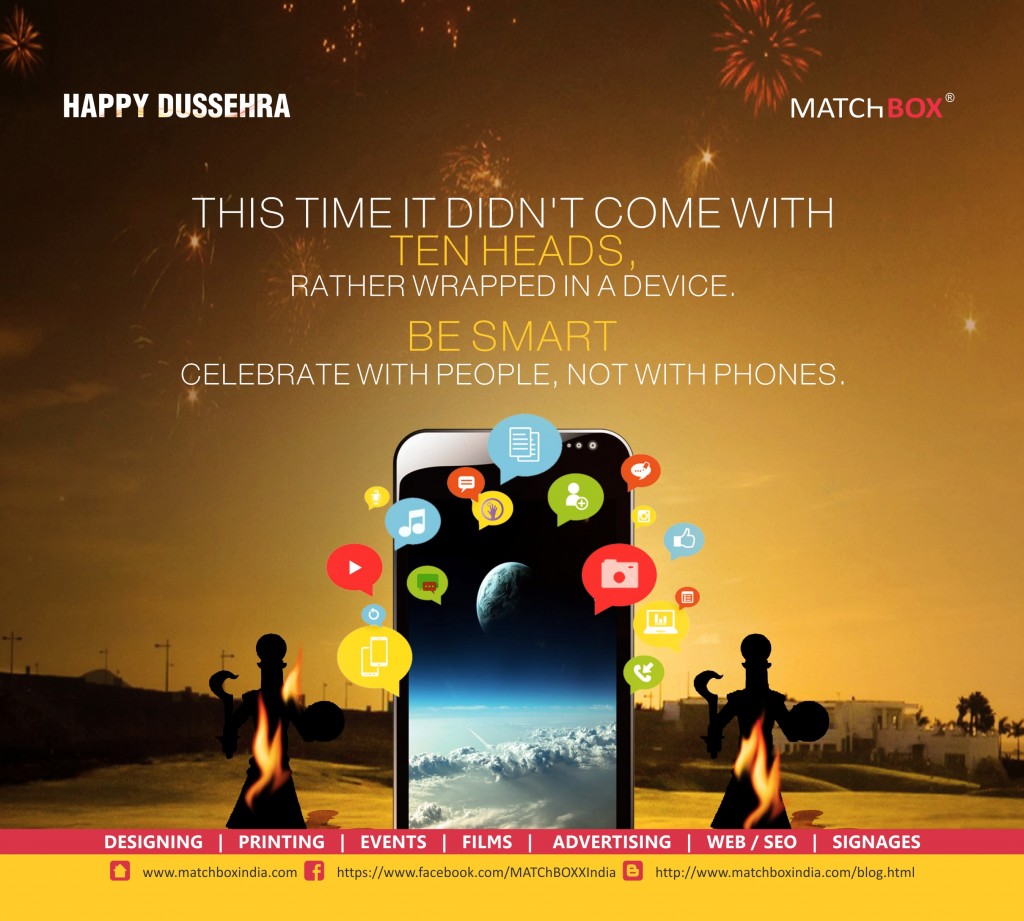 Embracing the Evil. Aren’t we?

By this time, most of you have been wondering what weird romanticism is being discussed on the occasion of Dussehra. What is the point that sentence is trying to make? Right? So hold that chariot of thoughts and read further.

Everybody talks about this “winning of good over evil”. Every year the same thought is glorified. Different words, same message, circulated via WhatsApp, shared via Facebook, posted via Tweets and uploaded on various junctions. But none of it is ever practised. Generations have passed and this time, evil changed its game. Rather than fighting against us, it became a part. A part so intact and inevitable, that his vicious laugh echoes in your emojis and GIFs and the grey shades he possesses look colorful in those icons. Every single person has found a way to escape to this ‘self-created’ virtual world to venerate the melancholy this real world throws. But none of us try to halt for a while and think over the whys and hows that led us here.

Take a three-second break of this post and look around. How many faces looked back at you? Did you share a smile? When was the last time you shared a glance in the crowd? Did you realize the world now is shared through devices rather than experiences? The size of screen keeps changing, from phones to tabs to laptops. The eyes that honor it remain the same. It is people who make the world and it is people only who mar it. Mirth and mayhem will always touch the hearts, never the screens. Evolution has been necessary but so is evaluation. So shut those screens, switch off the devices and step out. Meet a friend over a cup of coffee, greet your family with a hug, touch few feet to touch fellow hearts, share a smile and wipe some tears. We all need to embrace the human in humanity again.

This Dussehra, play back the evil’s game. You can plan through it but process alone. Because this year, the evil does not need to be set on fire, rather set aside and left alone.